Bill D. bought this one from Kmart.

It acts as a universal remote via a phone app. It’s really awesome for the price and the app is good too. It can control a plethora of Mirabella devices.

I also bought one, and did something silly (don’t try this at home), which is flash Tasmota on it.

By configuring MQTT on Tasmota, was able to talk to device on node-red and Home Assistant. Rob C. showed off Sweet Home 3D, link here, which a free program that allows you draw the plan of your home, either from an existing scanned floorplan, or from scratch. A demo of Home Assistant here. This is a editable demo.

There is a Picture Element Card inside Home Assistant which you can use as the basis of producing complex and stunning looking dashboards. Rob showed one use of this card inside a dashboard, which is to overlay your switches and devices on your floor layout and have the state of those devices reflect visually. To look at what the community has done with the picture element, look here. 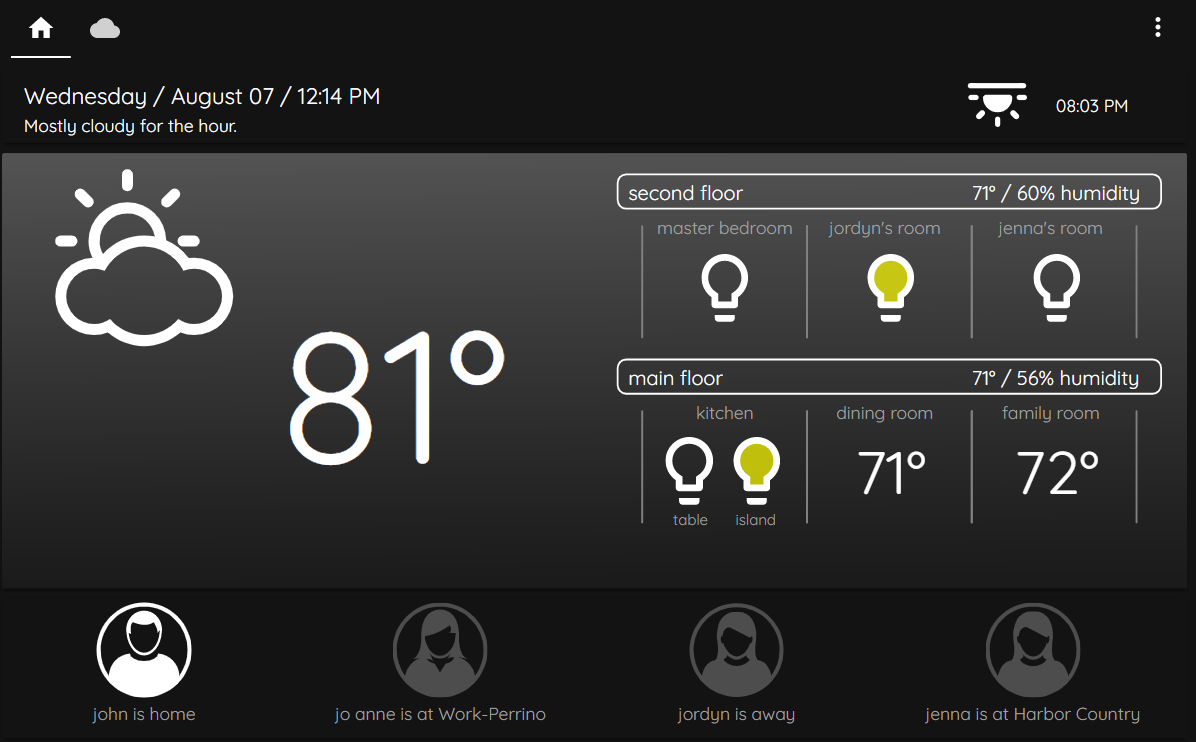 Chris H. showed his laser engraver which he bought from Banggood (look for 500mW laser engraver). The real find is LaserGRBL, which does the lot - starts with an image and ends up producing the finished product. Very impressive. Bill S. showed a robot he bought from Altronics. He was disappointed. Microbit is cool though. Sean C. pointed out that jaycar sell a similar robot here

Sean C. is keen to build one.