This was the first trial of setting up the Main Meeting Rooms with tables. 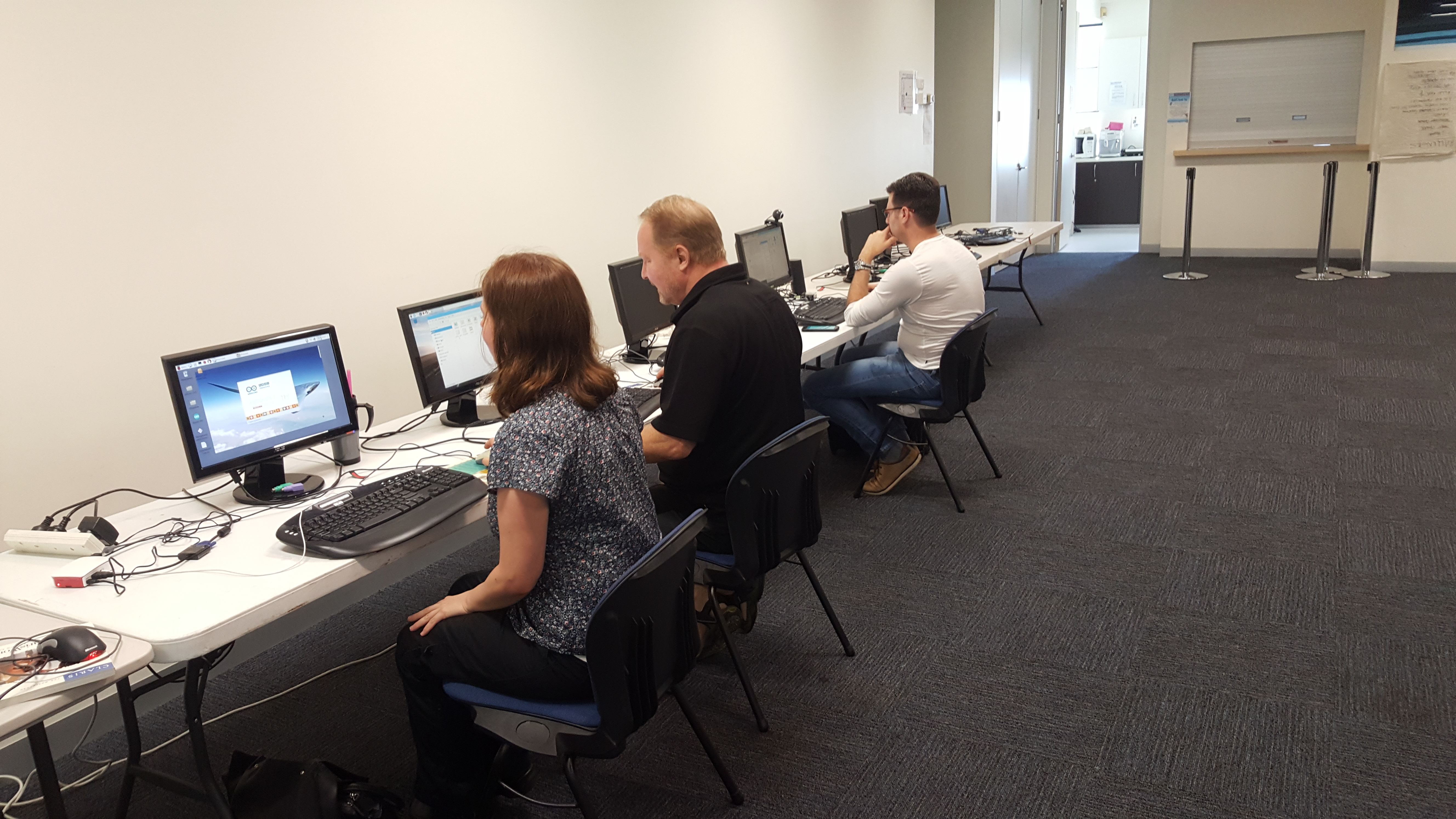 I setup on that side of the main meeting room because there is great access to multiple power points as well as ethernet.

The setup was 5 tables, two per table. Used VGA monitors, keyboards and mice from training room, I provided 10 HDMI to VGA adapters. Most people came with a Raspberry Pi 3 (one bloke came with 2 of them, which was handy). As a result, I didn’t get a chance to setup networking switches as they were not needed (but I have knicked a couple from the server room that Sean C. suggested).

Some people came with a task. The most interesting one was someone had purchased an Amazon Echo, and wanted to use the Pi to communicate to the Alexa voice service. It’s a shame it is not available in Australia, they are addicted to it in the US.

For others, it was just a glorified Raspberry Pi internet cafe.

I utilised the time appropriately, attempting to find a cure for cancer. I’d love to play networked games one day with this setup. Also, I want to encourage them to try another OS on the Pi that they haven’t tried before, I will prepare microSD cards for that purpose next time.

The main takeway is that this setup is useful for future sessions - although it is a pain to setup every time, especially on the 2nd Saturday. Good news is that the tables and chairs won’t have to be moved again until the next Monthly Meeting.

Now need to adjust the meeting format. Maybe short pres at start, some show&tell, then let them loose. I still don’t know the best way to have “themed sessions”.